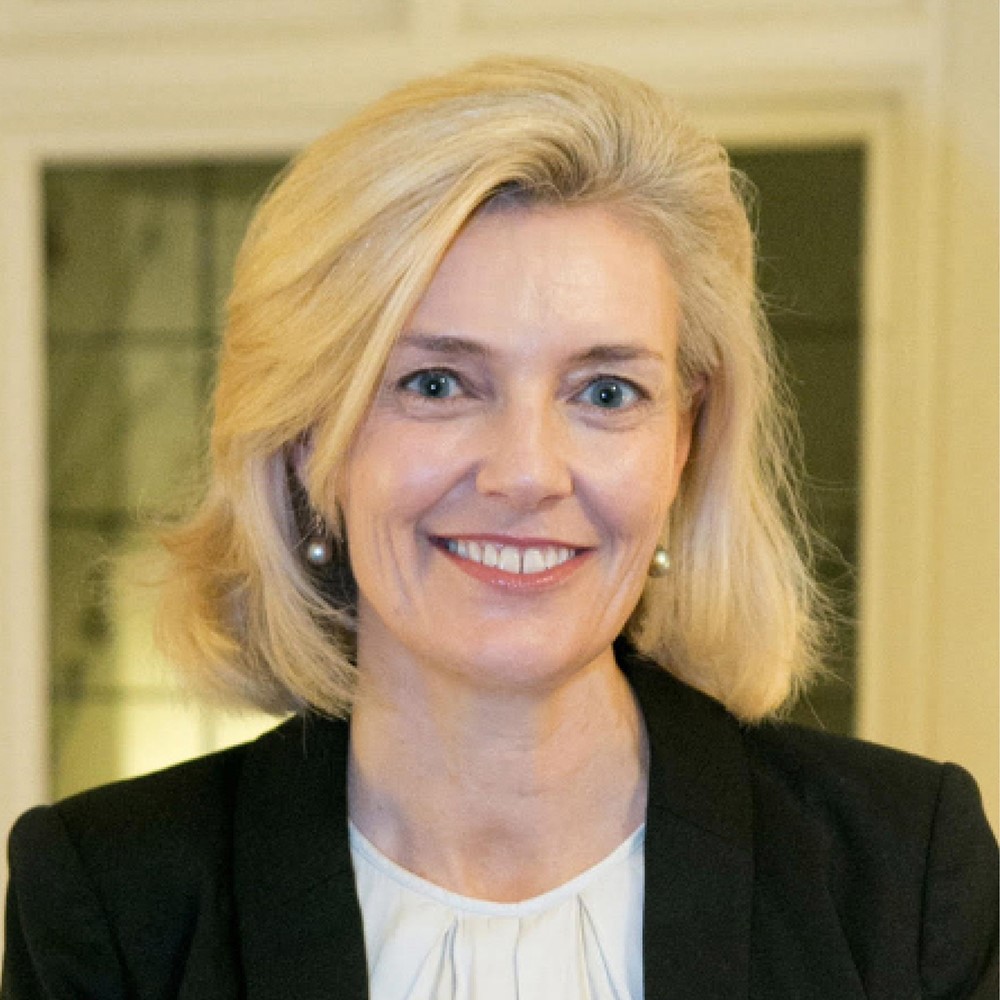 Catherine has extensive financial services and business experience and has held executive and non-executive roles across many sectors. Catherine is currently Chair of Australian Payments Plus (BPAY, eftpos, NPP, Beem) and a non-executive director of the carbon ratings business, Emmi, The George Institute for Global Health and Schools Plus.

Catherine was previously non-executive Chair of AMP Limited and a non-executive director of Boral Limited and Coca-Cola Amatil Limited. She was also a Trustee of the Sydney Opera House Trust and the Art Gallery of NSW and a member of the Takeovers Panel. Catherine was a senior investment banker at ABN AMRO and BZW.

Catherine is a Fellow of the Institute of Company Directors, a member of Chief Executive Women and a Panel member of Adara Partners. 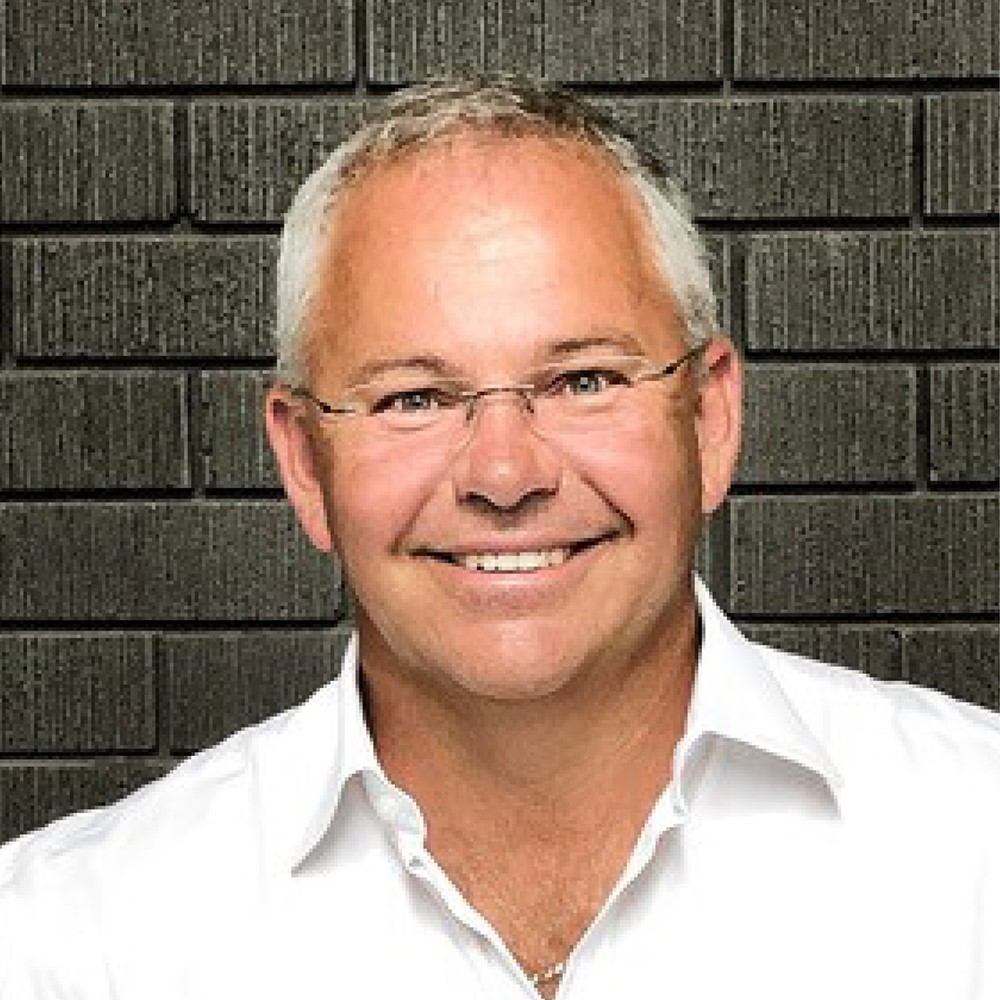 Greg has 30 years global investment industry experience. He was CEO of Schroder Investment Management Australia from 2006 through to 2018 and ran Schroders Institutional Business globally. Before joining Schroders, Greg was the Head of the actuarial and asset consulting practice for Towers Perrin in Asia.

Greg is a Director of NSW Treasury Corporation, Perpetual, Catholic Church Insurance, EdStart, OpenInvest Holdings and Chair of Colonial First State Investments and Avanteos. He is also a Director and Ambassador of the Australian Indigenous Education Foundation and a Member of the St Ignatius' College Investment Committee. He previously served as a Board Member for the Financial Services Council, including as its Chair for the last three years of his term. 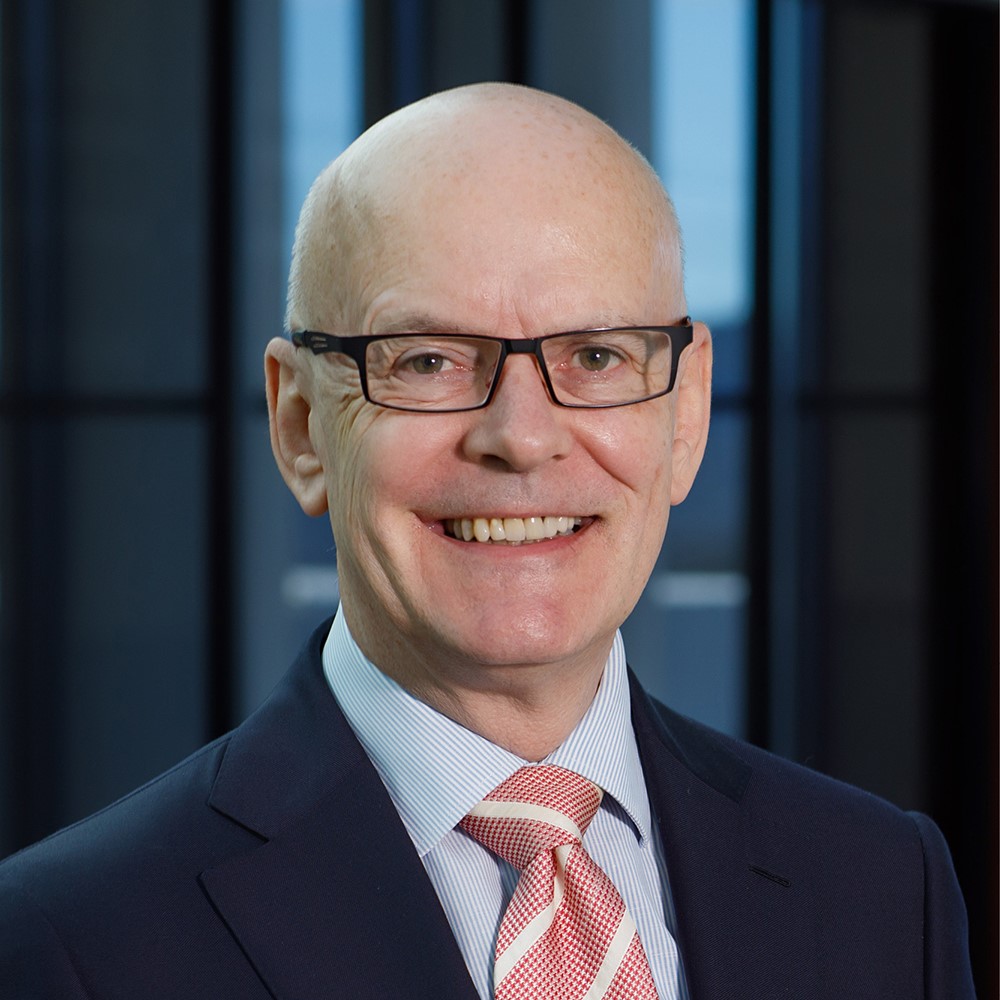 John was appointed CEO of Azupay, a payments fintech, in September 2020. Prior to this, John was Deputy CEO and Chief Transformation Officer at Services Australia with responsibility for leading the agency’s transformation agenda. He joined the government agency in 2016 as Deputy Secretary, Payments Reform, to lead the reform of the government’s welfare payments processes and technology that delivers welfare benefits to more than seven million Australians annually.

Before entering government, John had an extensive career spanning more than 35 years in banking and finance, holding senior leadership roles with NAB, ANZ, Westpac, the Export Finance & Insurance Corporation and Standard Chartered Bank (based in Singapore). 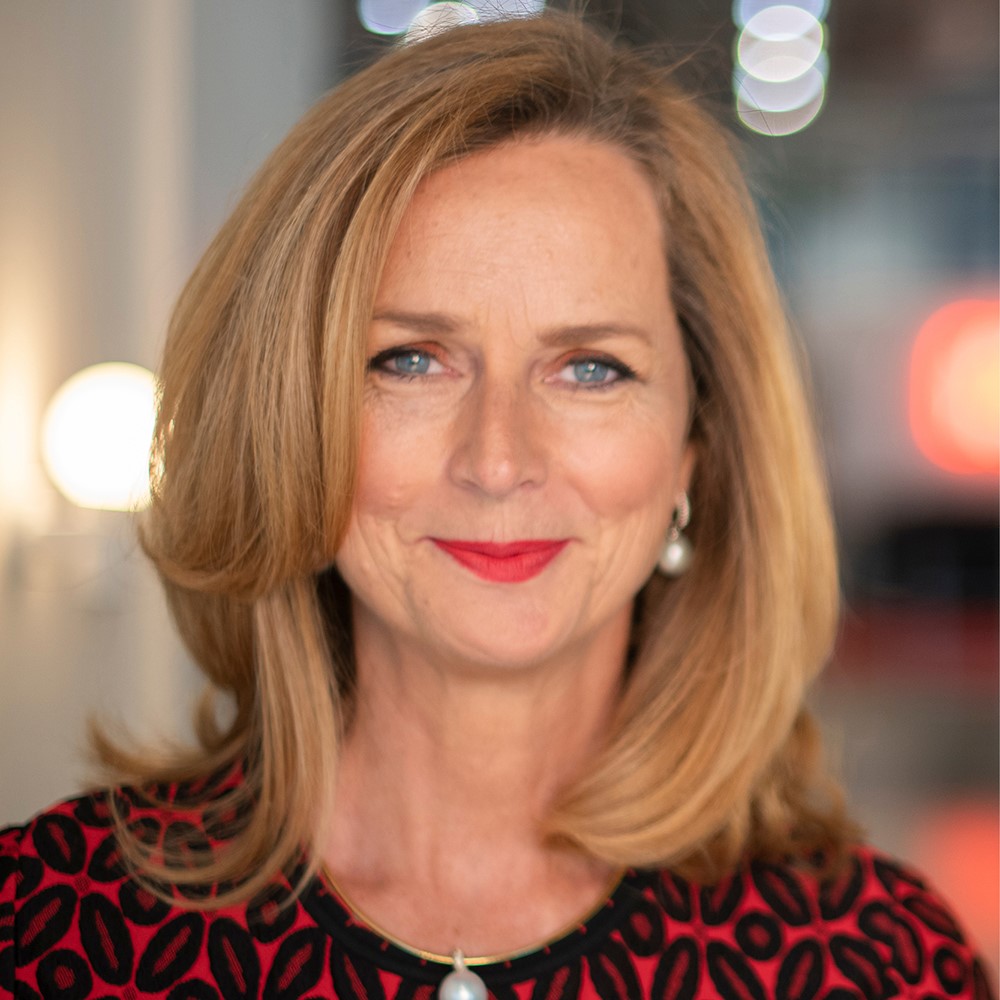 Naomi had a corporate career in marketing with Apple, IBM, Ansett and KPMG before founding RedBalloon, an online marketplace for experiences, in 2001. RedBalloon now sits within Big Red Group housing other marketplaces including Adrenaline, Experience Oz, Experience Oz Local Agent and Lime & Tonic supporting a community of 2,500+ small business suppliers. Known as an entrepreneur and business leader, Naomi is also a best-selling author, podcaster and speaker and is passionate about helping small businesses succeed.

Naomi sits on a number of boards including Global Marketplace, University of Melbourne Economics and Business Faculty and Cerebral Palsy Research Foundation. 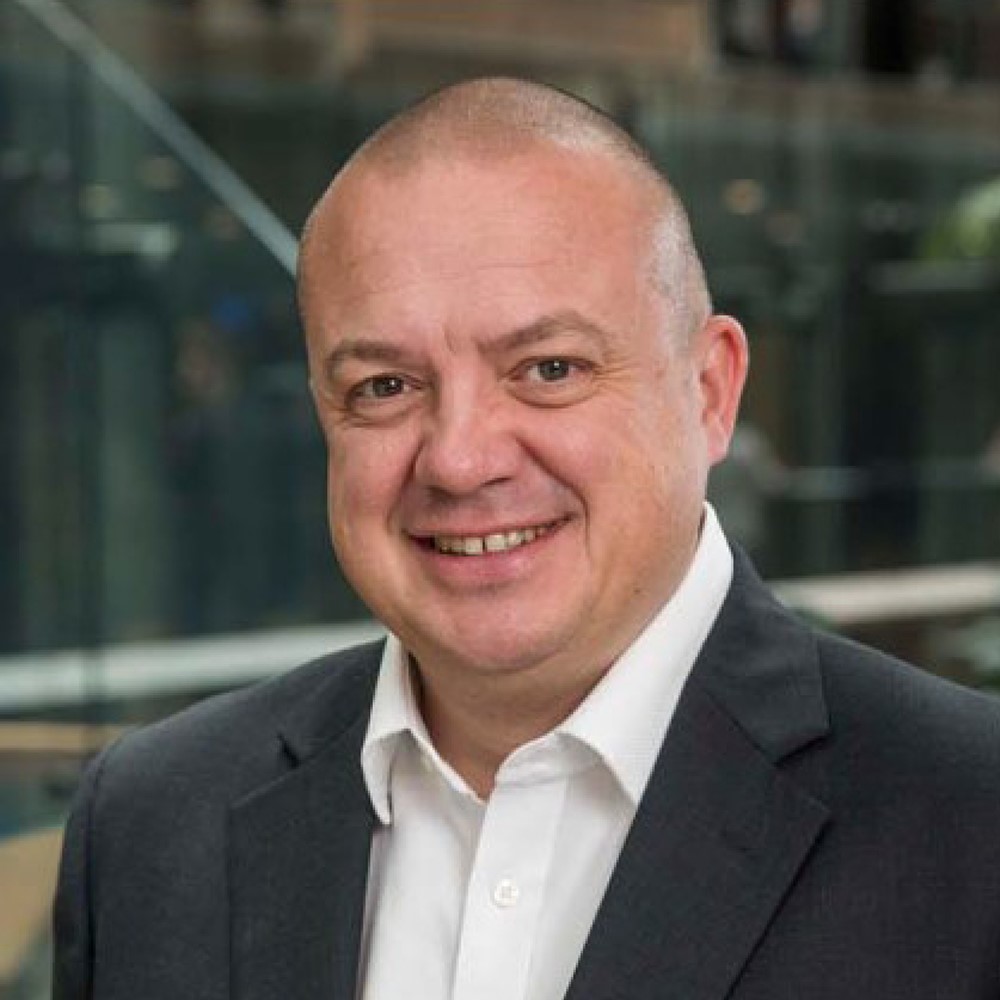 Simon runs CBA’s Payments Service Utility with responsibility for the Groups’ payments related technology, operations, governance and service management. Prior to joining CBA in 2019, Simon held several roles at Barclays Bank in the UK including as Managing Director, CIO Corporate Bank and Payments and Managing Director CIO Treasury and Core Functions. He has also held senior roles at Bank of America and Deutsche Bank in the UK. 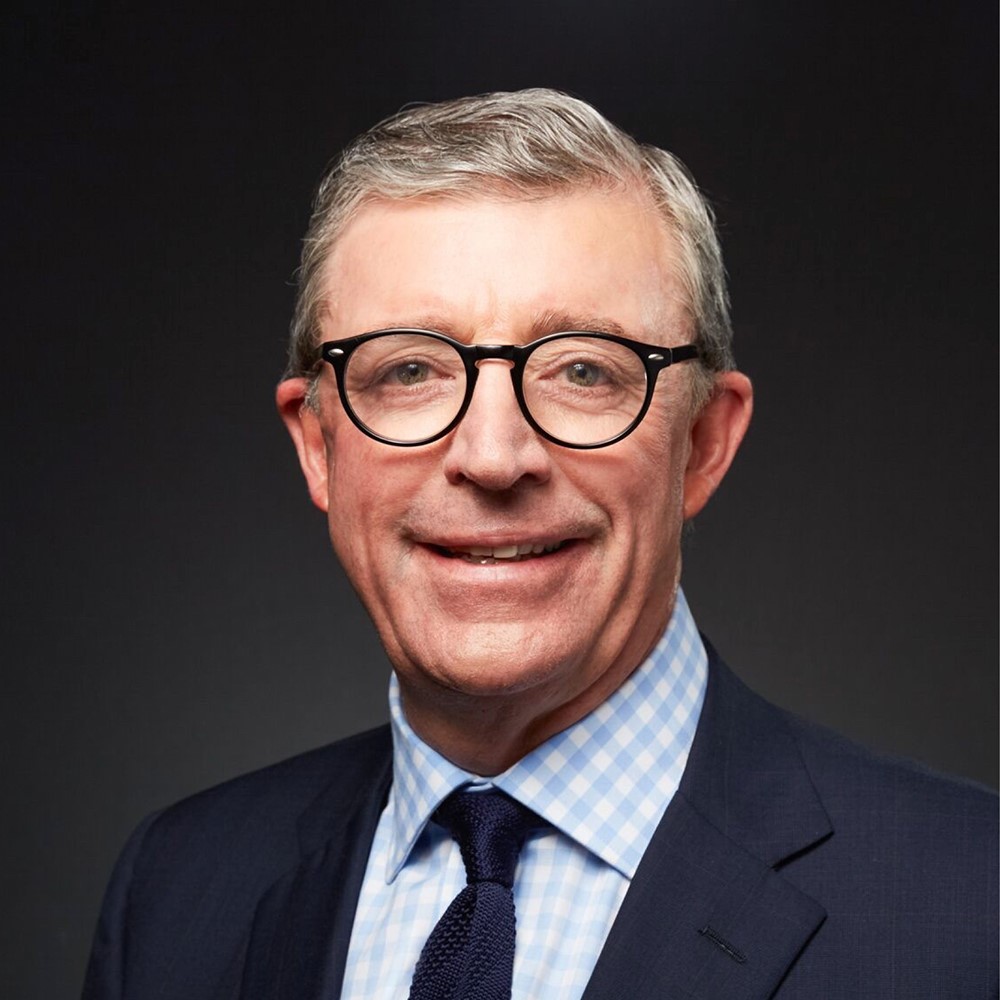 Jim joined Westpac in 1988 and has enjoyed a variety of senior roles in financial markets, treasury, institutional and business banking. He is currently an Advisor to the Westpac Group, assisting executive management on a range of strategic issues. Jim led some of Westpac’s overseas businesses before managing Westpac’s finance company, AGC, before its sale to GE. He has served as CFO, CPO and COO across various parts of the Westpac business. Prior to joining Westpac, Jim worked for Bank of America and had a career in accounting and tax. 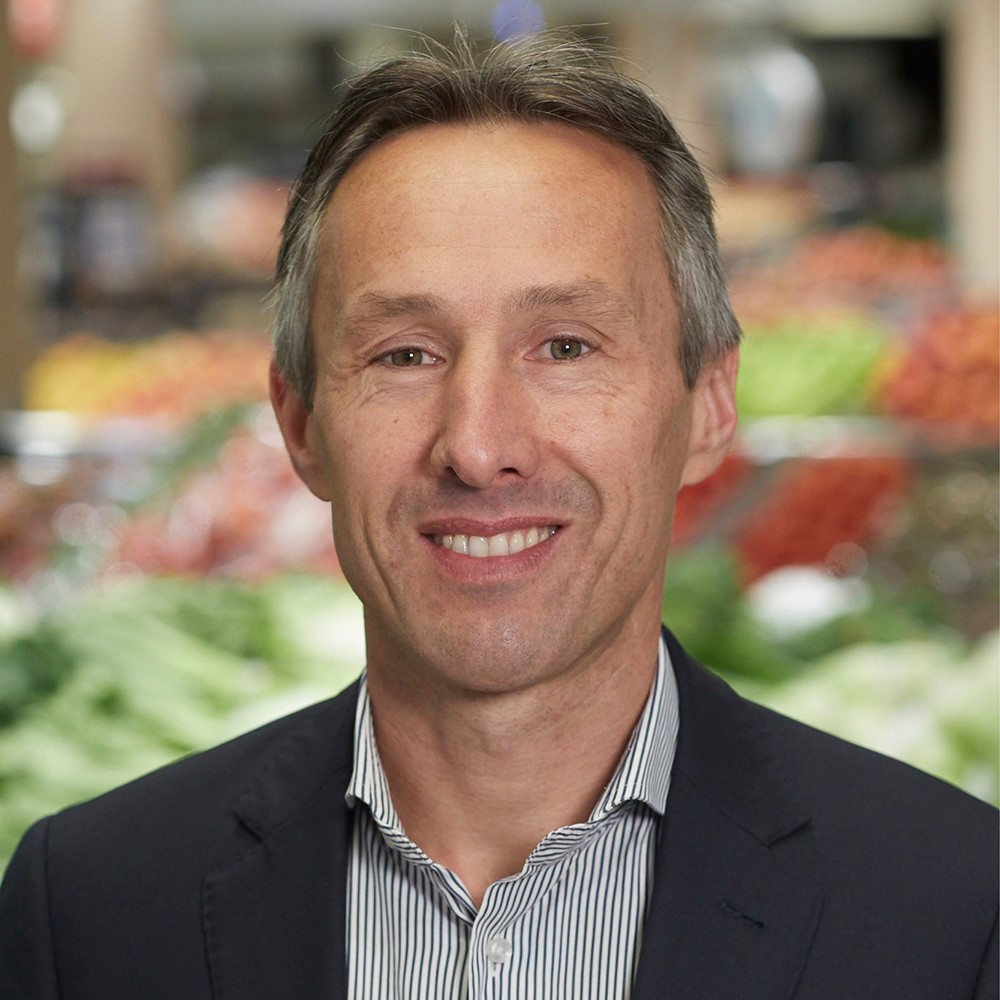 Paul is General Manager of Coles Financial Services including Cards, Insurance and Payments. He joined Coles in 2015 to lead the Consumer Lending business after Coles purchased the joint venture established between Coles Financial Services and GE Capital. Prior to joining Coles, Paul worked at GE Money as General Manager, Retailer Solutions and as Chief Risk Officer for the GE’s UK Home Lending business. Paul has also worked with Experian in the UK and South Africa. 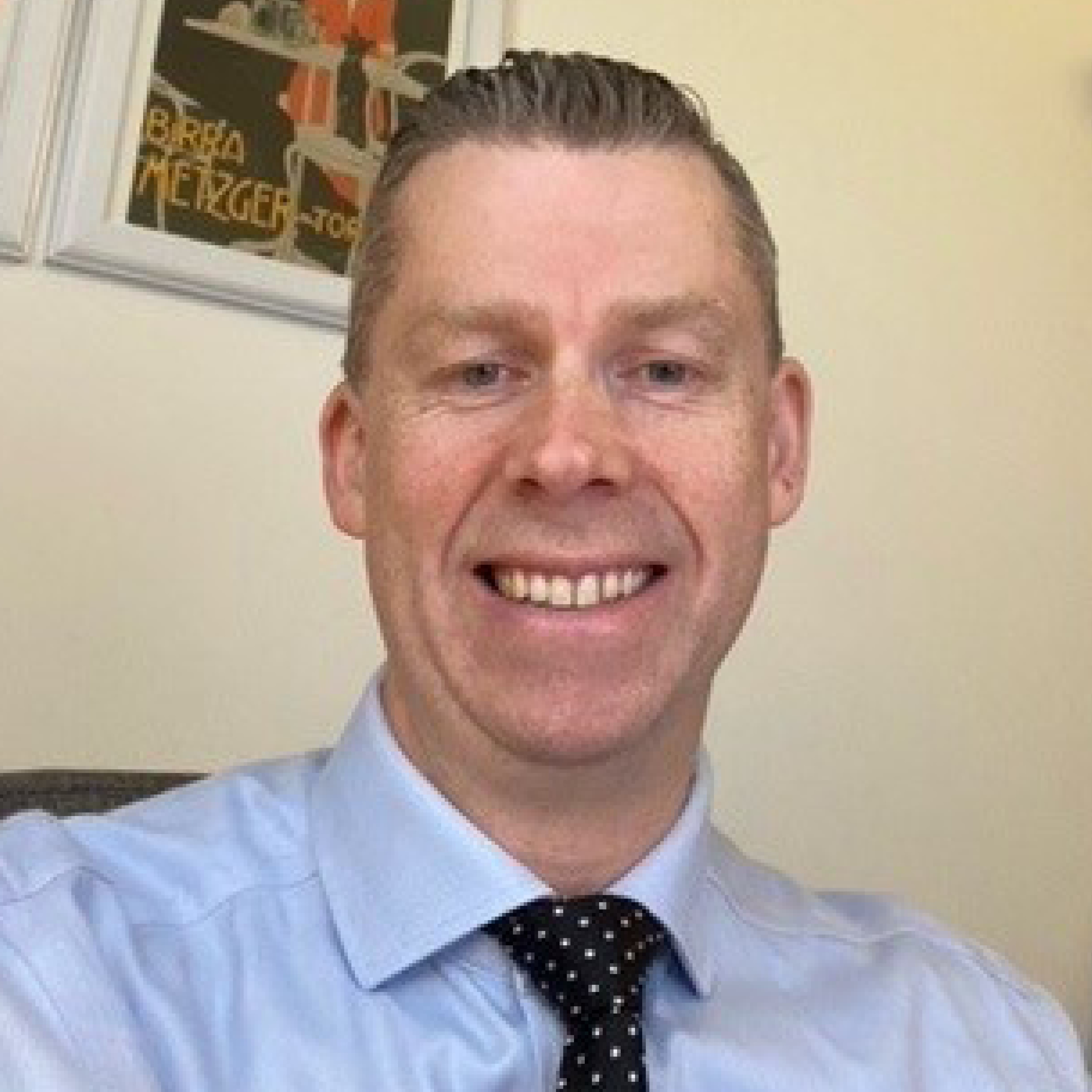 Shane runs NAB’s Transaction Banking and Enterprise Payments business. He has over 20 years' experience in the financial services industry, covering corporate finance, valuation, mergers and acquisitions, strategy, product management, analytics and remediation. Shane has held a range of Executive roles at NAB since joining in 2007. Prior to NAB, Shane worked for PricewaterhouseCoopers’ consulting practice in Sydney and London, where he specialised in providing business valuation, transaction and strategic advisory services to financial institutions and investment firms. 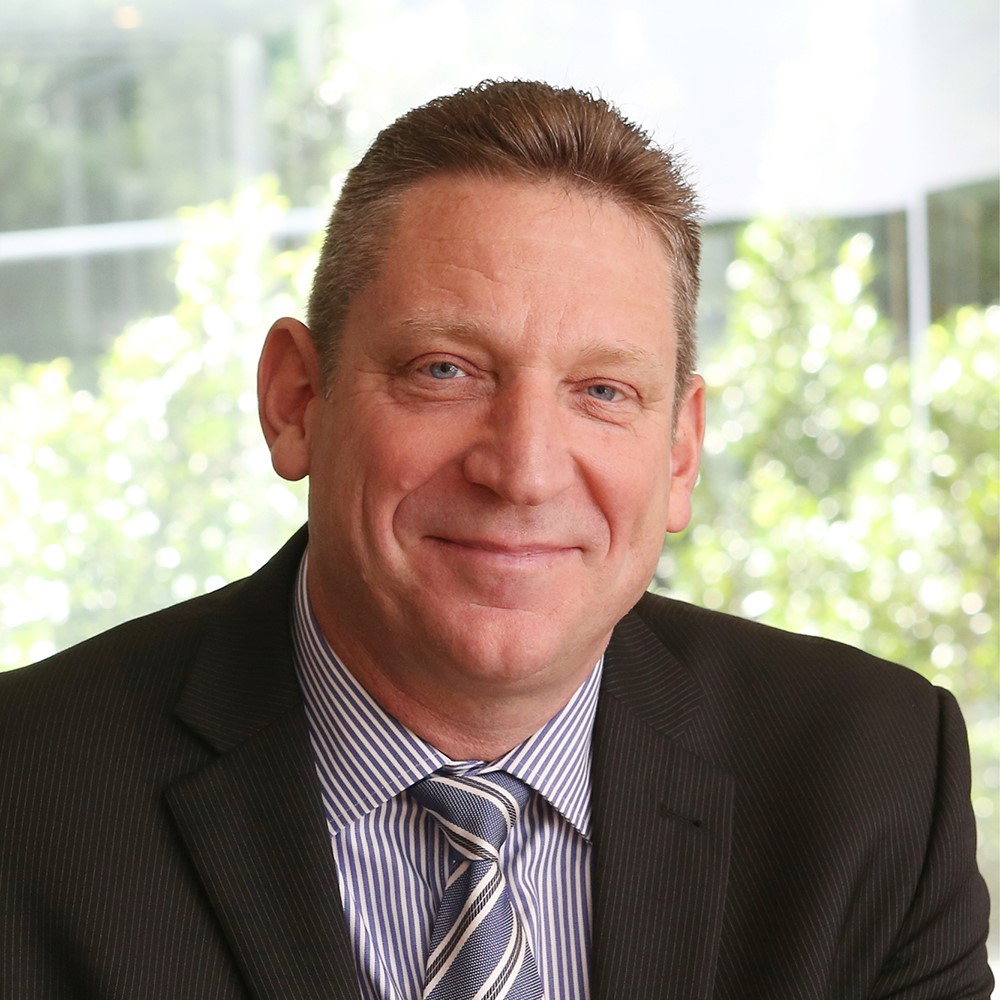 Craig is Managing Director of Cuscal where he is responsible for all day-to-day company operations, including corporate strategy and direction. He has more than 35 years experience in domestic and international retail banking, spending much of that time specialising in electronic banking and payments. Prior to joining Cuscal, Craig was Managing Director of Espreon Limited and was also Head of Direct Banking at ING. 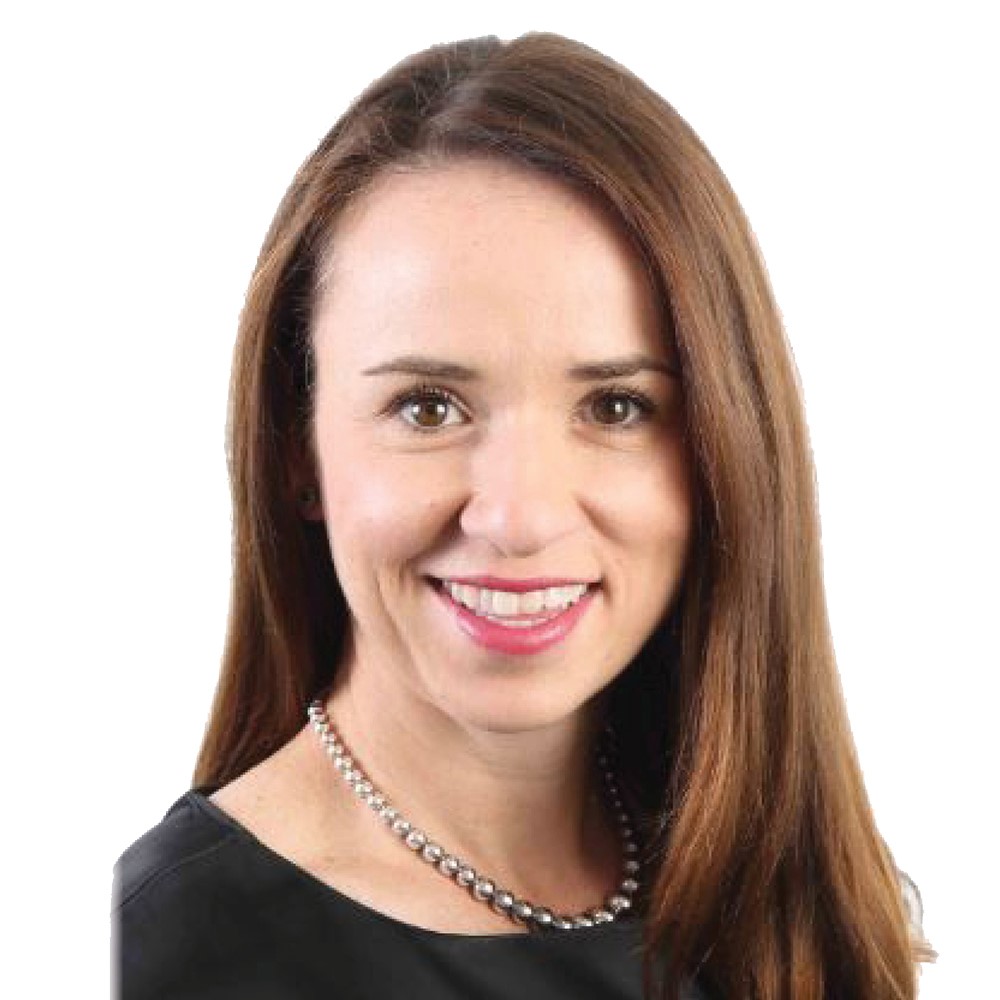 Olivia is Head of Deposits and Payment products, managing a portfolio of products and core payment capabilities for Macquarie. Her other roles at Macquarie have included Head of Sales Development and COO for the Personal Banking Business and Product, CFO Corporate Operations and COO Americas Macquarie Capital Funds in New York. 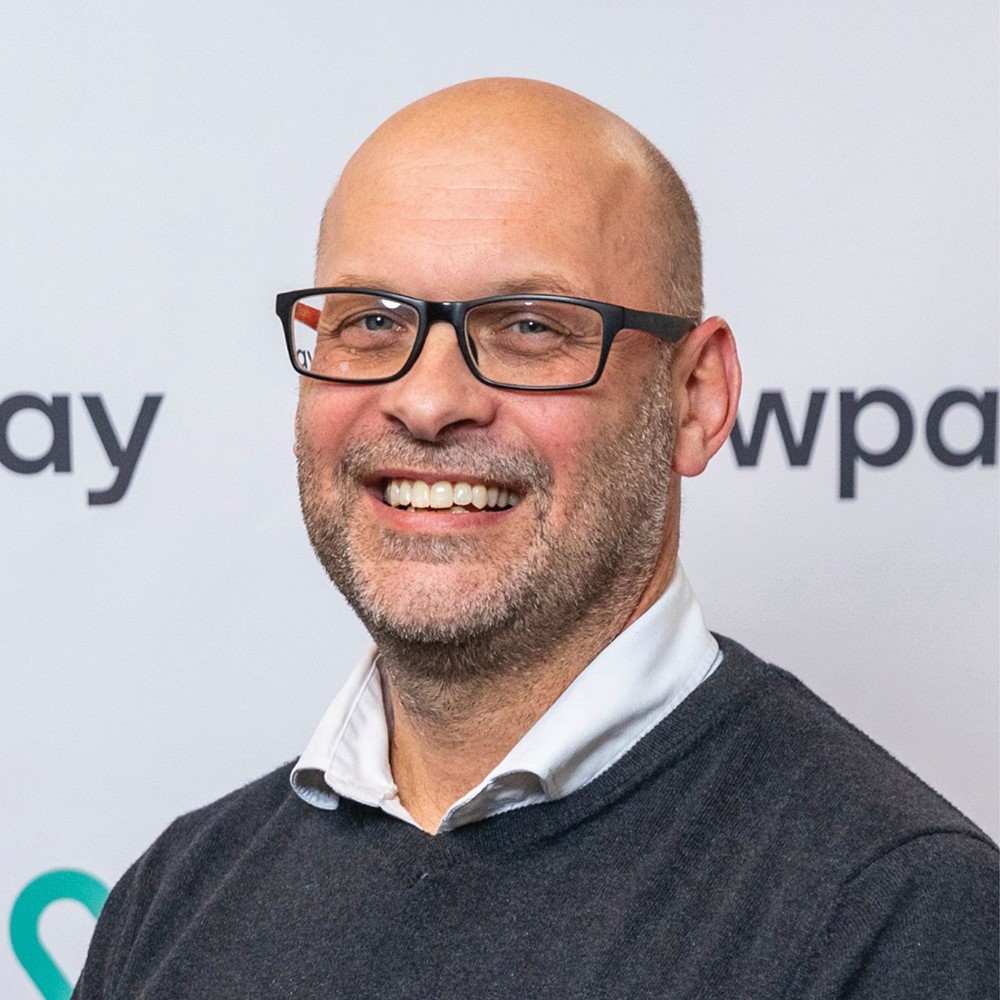 Paul runs the Wpay business at Woolworths, leading a team focused on creating innovative retail payments for retailers, this has included leading the Scan&Go, QR and Loyalty Tap initiatives. Prior to this Paul led the FinTech divisions at Woolworths including Insurance, Cards and Payments. Before joining Woolworths, Paul served as UBank’s Digital Director and ran the programme to establish the bank. He has held various roles with NAB, Oracle, Deloitte Consulting, Capgemini, Barclays UK Retail and Business Bank, Legal & General and PwC. 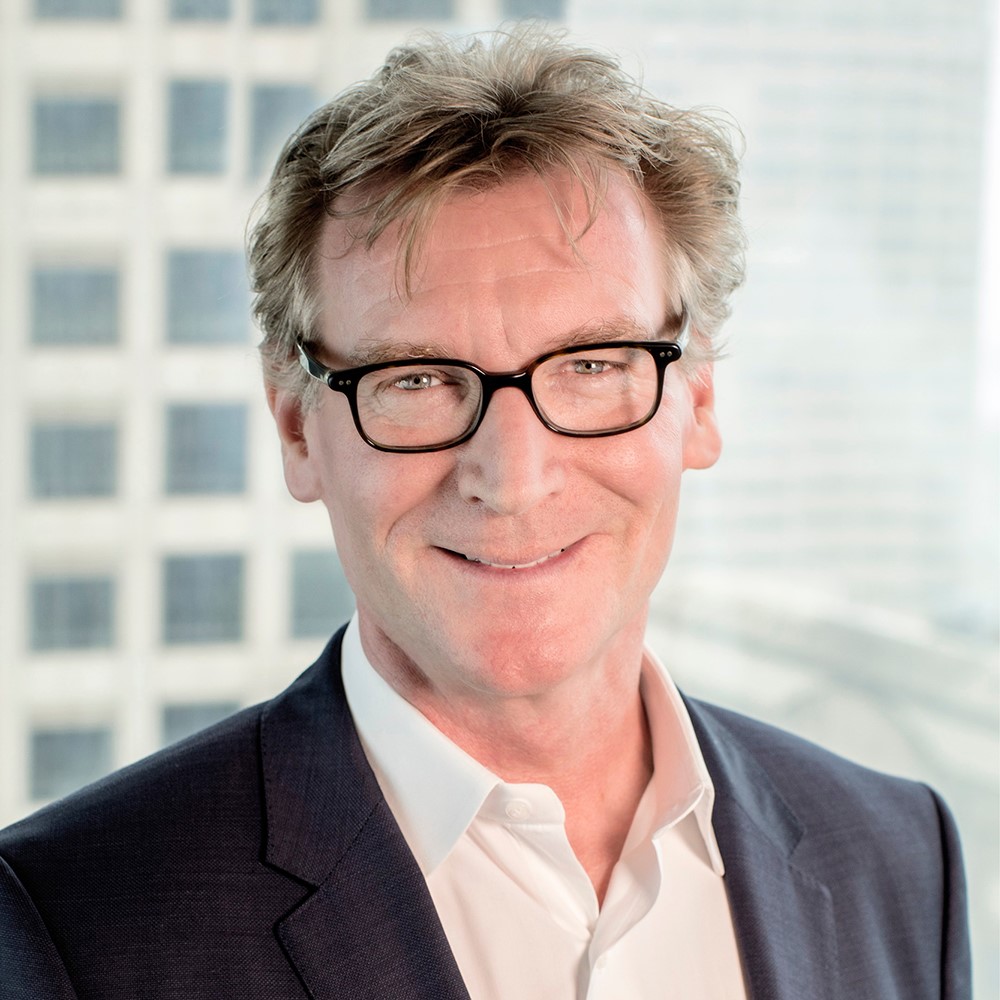 Nigel has responsibility for ANZ’s payments platform strategy and operating the bank’s payment services across 32 countries. He manages the Wholesale Digital team and leads the bank’s Digital Assets strategy and activities. He is Chair of Lygon 1B, a digital bank guarantee start-up and a Fellow of Blockchain Australia. Before this role, Nigel worked in a number of senior Transaction Banking roles at ANZ. Prior to joining ANZ, Nigel spent 19 years working for Citi in various senior Markets and Transaction Services roles in Australia and the Asia Pacific region. 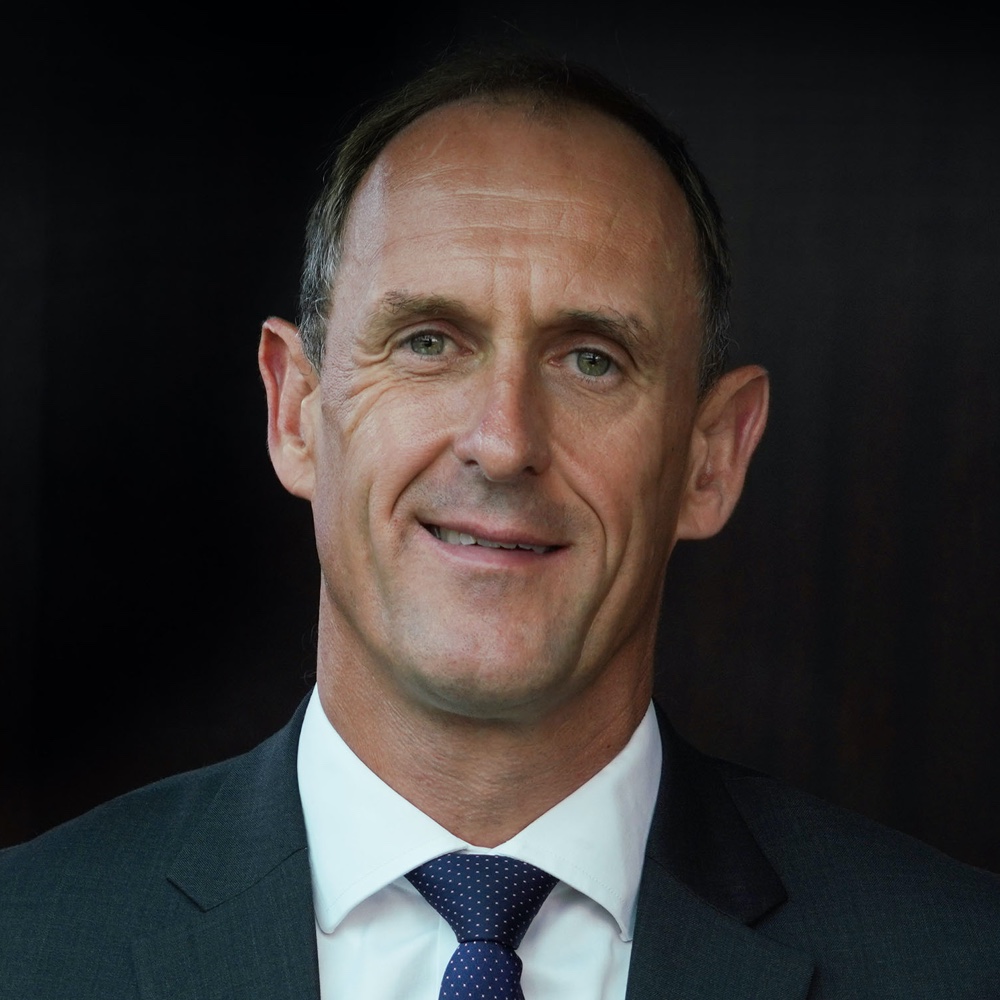 Kees manages Fiserv’s operations in Australia, NZ & the Pacific. Before joining Fiserv in 2017, Kees worked at Bank of America Merrill Lynch where he was Head of Corporate Sales and Head of GTS Product Management for Australia and New Zealand and Head of Commercial Cards for Asia Pacific . He also worked at NAB where he was the Head of Payable & Receivable Products, Working Capital Services and held a number of senior roles at MasterCard International.

View the Board Charter

To help it carry out its responsibilities, the Board has established the following Committees and adopted terms of reference setting out the matters relevant to the composition, responsibilities and administration of these Committees.

Members of the Audit Committee are:

Members of the Risk Committee are:

Members of the Talent & Rewards Committee are: